0
was successfully added to your cart.

The Rise of Empire

Twenty-five hundred years ago, Cyrus the Great, a leader of wisdom and virtue and enduring influence, created the Persian Empire. It conquered Babylon, freed the Jews from captivity, formulated humankind’s first human rights charter, ruled over those he conquered with respect and benevolence, and changed the course of world history. The beginnings of a heroic warrior destined to become the founder of the Persian Empire that would stretch from Eastern Europe and Egypt to the Middle East and India. Cyrus the Great is an epic retelling of one of the most extraordinary men who ever lived. We are living in a time when we genuinely lack Heroes and Role Models for our children, grandchildren, and generations to follow. Cyrus personifies that Hero with qualities that can be recognized and celebrated. His values are founded on the bedrock of human rights, diversity, justice, freedom of religion, the abolition of slavery, and tolerance are all Core Human Values. The strong message of this book is to celebrate the recognition of these values, which ultimately save humanity and promote peace and harmony globally.

The Rise of Empire

The book is an epic historical novel about a towering, legendary conqueror who forged the mightiest empire the world had ever seen. It guarantees a lot of excitement and story to keep you hooked. 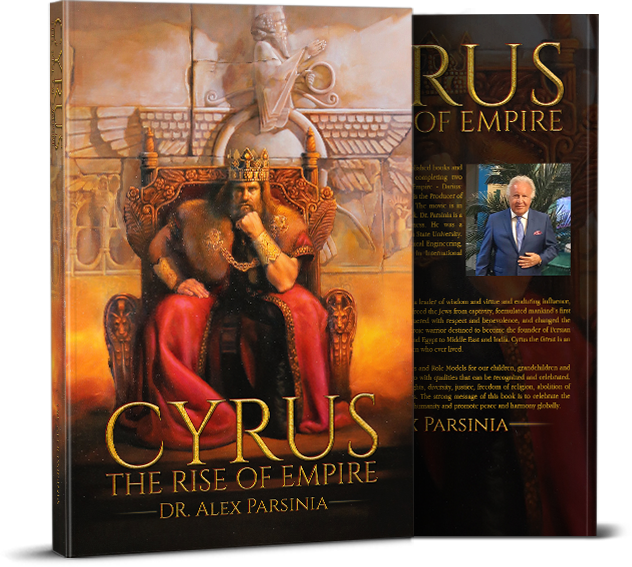 Dr. Parsinia has an extensive background in senior-level management, produced several documentaries, a prolific writer, researcher and published books and numerous articles, making him a skilled personality and someone to watch out for.